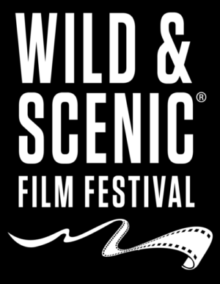 It’s BACK!  For the 3rd time, in almost as many years, the Kenai Watershed Forum will host the Wild & Scenic Film Festival Fundraiser.  This is one of the largest conservation and adventure film festivals in North America and its coming to the Kenai Peninsula!

There will be two festivals and two showings.  First, the Film Festival for adults will be held February 25th at the Triumvirate Theater in Kenai.  Doors open at 5:30 film starts at 6:15.

In addition to amazing, thought provoking films, we will be offering pizza and beer so you can eat dinner, have refreshments and watch great films….all at the same time….if you dare!

The roster of films will be announced soon.

AND, Secondly, for the children, there will be a Children’s Film Festival at the Soldotna Public Library on April 5th.  Stay tuned for more details on that as well.

We look forward to seeing you at this fun and impactful fundraiser for the Kenai Watershed Forum!