What is Northern Pike?

Northern pike is native to most of Alaska.  However Pike do not naturally occur south and east of the Alaska Mountain Range except for a small population near Yakutat. Pike are top-level predators in aquatic food chains and are highly piscivorous (fish eating). Outside of their native range, trout, salmon and other fish have not had time to adapt defenses against pike’s predatory tactics.

Pike prefer highly vegetated, shallow habitats where they can hide and ambush prey. Lakes in Southcentral tend to be shallower than lakes in Interior and Western Alaska, and there are fewer deep water refuges in these lakes for other fish to hide. 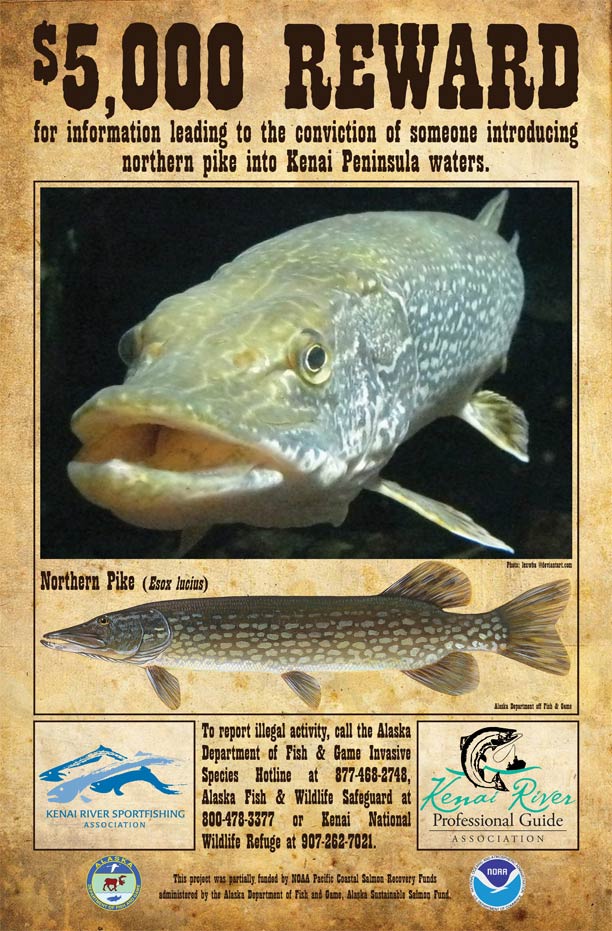 In Southcentral, illegally-introduced Pike can change the balance of an aquatic ecosystem because they prey on native fish while having few predators of their own. Some lakes and streams that once supported healthy numbers of Silver salmon, Chinook salmon, and Rainbow trout now have only small Northern pike. This is how illegally-stocked Pike have decreased fishing quality and threaten wild and stocked fisheries in Southcentral Alaska. 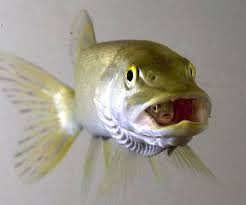 Never release foreign water, plants or animals into the wild.

To prevent the spread of any invasive plants or animals, clean and dry ALL of your gear and equipment before leaving a site (waders, boats propellers, trailers, floatplanes, fishing gear, etc.).  Also, be aware that it is illegal to move or introduce live fish in the state of Alaska without a permit from the Alaska Department of Fish and Game. 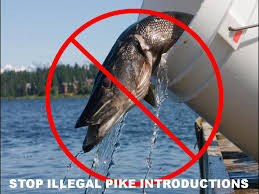